Indoor plumbing is an amazing invention. Think of all the little things that you’re able to do in your house every day that in previous generations would have been almost magical. With a twist of a knob, or the touch of a finger depending on how high tech your appliances are, you can have quick and easy access to clean water, hot or cold. Let’s look at the history of plumbing as told by S.O.S. Plumbing.

Plumbing has been with us for millennia. Ancient civilizations like the Greeks, Romans, Persians, Indians, and Chinese had public baths and discovered ways to have potable water brought in and wastewater taken out.

The Indus River Valley had standardized earthen plumbing pipes that made use of asphalt to prevent leaks in their cities all the way back in 2700 BC. However, much of what we think about when it comes to plumbing traces back to the Roman Empire. 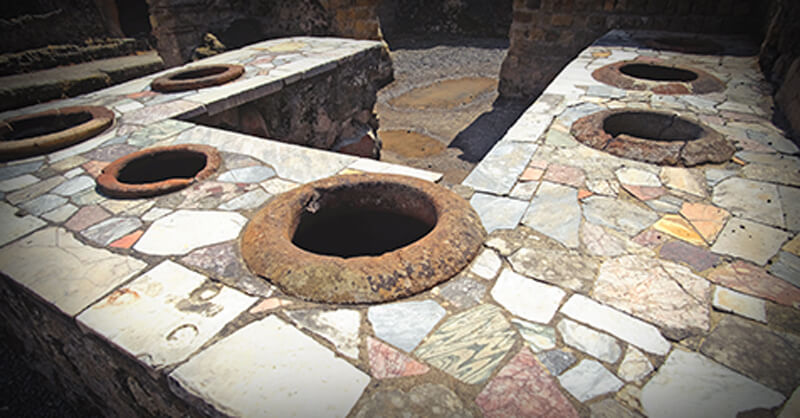 In fact, the word plumber is from the Roman Era. The Romans used lead in their conduits, drainpipes, and sometimes roofs. Lead was also used for piping water into baths. The Latin name for lead is plumbum, hence plumber.

In ancient Rome, expansive systems of aqueducts, tile wastewater removal and use of piping hit a stride. Unfortunately, this stride was broken as Rome fell and plumbing regressed to the point of just tossing your refuse out into the street for most of the next millennia.

S.O.S. Plumbing knows the history of plumbing, as an Angie’s List “A” rated business that has earned a reputation for dependable, affordable plumbing. Based out of Palm Springs, in the Coachella Valley, we service many of the desert communities by providing quality residential plumbing service and repair, drain cleaning, water and gas re-pipes, and more!