A couple months ago here at S.O.S. Plumbing, we took you on a journey of plumbing history and tipped a little into some piping materials. We thought we’d take a deeper dive into the history of plumbing pipes and their materials.

We discussed the Romans previously, noting that they used much of their piping out of lead and clay, but avoided lead poisoning dangers due to the calcification that occurred on the pipes, thus sealing away the lead from the water. Lead piping was heavily used until WWII, but then declined as the dangers of lead poisoning became apparent.

After World War II, copper became the common material for water services in the US, while in the home, galvanized screw piping was used for interior plumbing. By the 1970s, copper became predominant in the home. This makes sense as copper is easy to work with and comes in soft and hard forms. Different grades of copper deal with different uses such as water, waste, and vent.

While copper piping is still around, PEX and PVC tubing has become much more popular over the last quarter of a century for residential use. This is because it offers ease of use, durability, and is very cost effective. PEX piping is found in flexible rolls, hard lengths, or can be wrapped in aluminum. For certain applications you may find other types of materials used, such as cast iron, to deal with highly acidic waste products. 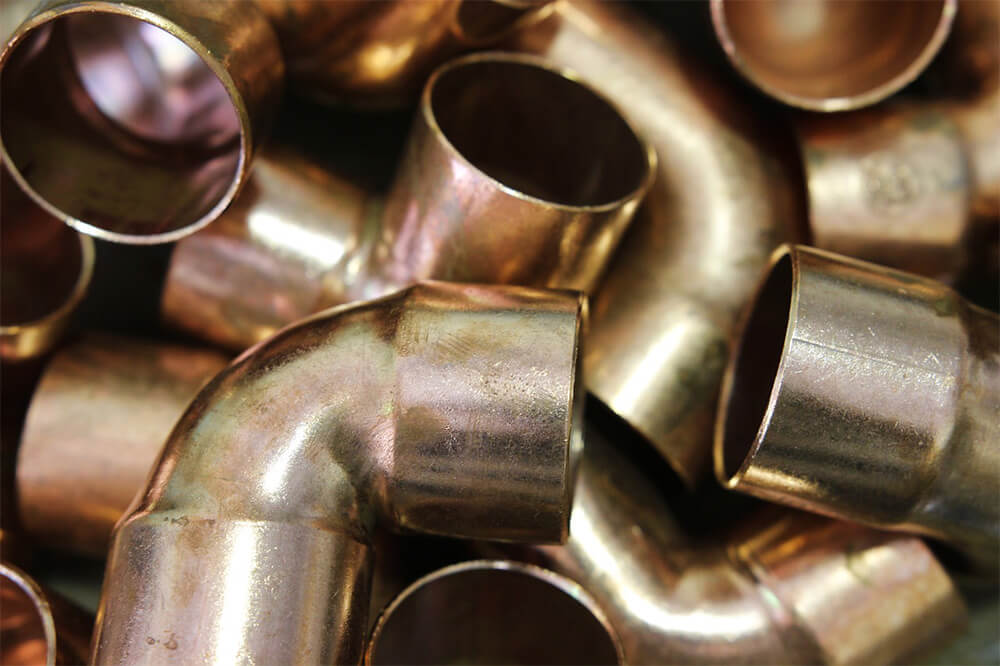 S.O.S. Plumbing is an Angie’s List “A” rated business that has earned a reputation for dependable, affordable plumbing. Based out of Palm Springs, California, we service many of the Coachella Valley desert communities by providing quality residential service and repair, drain cleaning, water and gas re-pipes, and more. When you need our services visit www.sos-plumbing.com.