Last time here at S.O.S. Plumbing, we were discussing the history of plumbing and the role it played in the world as it rose to new heights during the Roman Empire but collapsed as that empire fell. One of the major features of plumbing and the source of the name we use today was the metal, lead.

In fact, lead was heavily used in all plumbing applications for much of the history of plumbing. However, today we’ve transitioned away from that material entirely. With that in mind we thought we’d expand upon that idea.

A History of Plumbing’s Water Pipes

As we mentioned, for much of the history of plumbing, lead dominated the industry. It isn’t difficult to see why. After all, lead is very malleable which made it practical to shape. This led to several lead-related health problems because those in the past were unaware of the dangers of lead poisoning.

Lead not only was used in pipes, but also cookware and as a preservative in wine. However, the pipes themselves didn’t affect the Roman citizens since the water there had so much calcium, that it put a layer overtop the lead that prevented the water from contacting the lead.

Lead wasn’t the only material used for pipes. In London during the 16th and 17th centuries wooden pipes were used. They would be hollowed-out logs that tapered towards the end and were sealed with animal fat. These were also used here in the U.S. in Philadelphia and Boston.

They saw use all the way through the 20th century. Copper was another popular metal used in piping during the 20th century. Other cheap materials, relative to copper, were used before the advent of plastic, such as cast iron and ductile iron pipe. 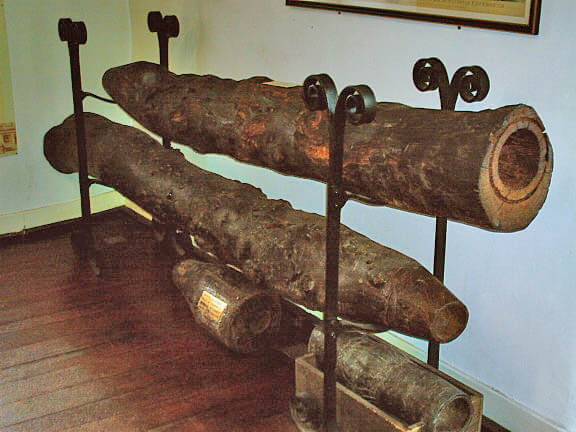 S.O.S. Plumbing continues the proud history of plumbing. We are also an Angie’s List “A” rated business that has earned a reputation for dependable, affordable plumbing. Based out of Palm Springs, CA it services many of the desert communities by providing quality residential service and repair, drain cleaning, water and gas re-pipes, and more. When you need their services just visit www.sos-plumbing.com.